In a previous article, we identified that changes in body weight occur with alterations in energy balance.  For example, when energy intake exceeds energy expenditure, net energy balance is positive and weight gain ensues.  While the majority of public health intervention and research focuses on inactivity and unhealthy diet as contributors to weight gain, multiple studies show a correlation between insufficient sleep and weight gain in adults and children.  The potential mechanisms related to sleep deprivation and positive energy balance include: 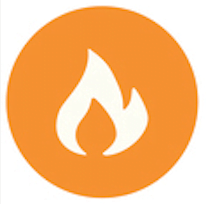 Despite increases in energy expenditure during wakefulness, increases in food intake and decreased physical activity from insufficient sleep creates a positive net effect that promotes weight gain [3, 12].  Jung and colleagues showed that a ~7% increase in TDEE during wakefulness is nearly offset by a ~5% decrease in TDEE the following day, resulting in a 2% net cost [4].  Increasing food intake would create an even larger positive energy balance that would completely offset any increases in energy expenditure [12]. 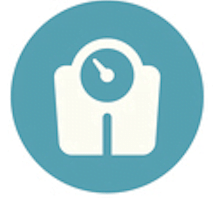 It is well established that chronic sleep deprivation leads to increased feelings of fatigue.  Fatigue can encompass sleepiness, referred to as the tendency to fall asleep, and further expand to include physical and mental fatigue or tiredness [1].  Subjective reports of increased sleepiness are documented after only one night of sleep deprivation with cumulative sleep deprivation leading to even greater levels of tiredness [14].  Also, deficits in cognitive performance have been found in healthy adults sleep restricted to 6-hours of sleep for 14 consecutive nights [14].

Subjects that report increased daytime sleepiness show a significant reduction in physical activity [2, 15].  Schmid and colleagues (2009), showed that healthy, adult men sleep deprived for 4 hours of sleep over 2 nights significantly decreased physical activity following each night of sleep curtailment [8].   One study showed a 5% reduction in energy expenditure during the recovery day following sleep deprivation [4].  Also, following poor sleep, there is a shift from higher physical activities towards that of lower intensity activities, which may, over a longer period, promote weight gain from decreased energy expenditure [8].

Alterations in Appetite with Increased Opportunity for Eating 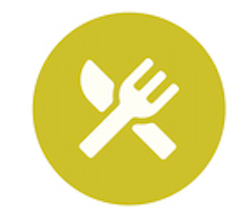 One pathway by which sleep deprivation may contribute to weight gain is through increased caloric intake [7].  Compared to 10-hours of sleep, 4-hours of sleep per night over just two days showed a 24% increase in hunger and 23% increase in appetite, measured by validated visual analog scales [10].  Markwald and colleagues (2013) suggest that increased food intake during sleep deprived hours is a physiological adaptation to supply energy to sustain wakefulness [3]. However, food intake exceeds that of energy requirements resulting in weight gain [3].

Moreover, it is proposed that increase calorie consumption may result from increased opportunity to eat from being awake during sleep hours [9].  As calorie intake is likely proportional to the number of waking hours, additional wake-time with sleep deprivation may create an environment conducive to eating [9].  Increased opportunity to eat may be enhanced even more where wake-time is spent performing sedentary activities such as sitting and watching television, which promote snacking [9].  Sedentary activity combined with increased food intake during sleep hours would likely promote weight gain. 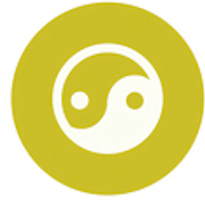 Two key appetite regulating hormones, leptin and ghrelin, play an important role in the interaction between sleep deprivation and weight gain [13].  As previously discussed in a separate blog post, leptin is a hormone produced by fat cells that provides important information about energy status to parts of the brain responsible for appetite suppression [11].  In contrast, ghrelin is a hormone produced in the stomach and other tissues that stimulate growth hormone secretion, gastric motility and communicates with the brain to stimulate appetite and food intake [5].

Short sleep duration of less than 8-hours has been associated with decreased leptin and increased ghrelin [11, 13].  Spiegel and colleagues (2004) showed that just 6 days of 4-hours of sleep in healthy, young subjects resulted in a 26% decrease in leptin levels [11].

Taheri and colleagues (2004) demonstrated similar findings in their longitudinal study of sleep disorders.  In their study, subjects that habitually slept for 5-hours each night was associated with 15.5% lower leptin levels and 14.9% higher ghrelin levels compared to those sleep 8-hours on average each night [13].  These changes in leptin and ghrelin are likely to increase appetite and create a positive energy balance resulting in weight gain.

As a mechanism underlying alterations in leptin and ghrelin, it is suggested that sleep deprivation brings about increased sympathetic nervous system output leading to leptin reduction [13].  As the sympathetic nervous system is responsible for stress related responses, it may be that lack of sleep is perceived by the body as a stressor [13].  Cortisol, a hormone released in response to stress, is found to be higher following a night of reduced sleep compared with extended sleep durations, lending support to a potential biological stress response [13].

Sleep deprivation results in weight gain because energy intake from food exceeds that of energy expended during wakefulness.  Weight gain is further exacerbated because sleep exhaustion results is reduced physical activity the following day.  Finally, lack of sleep leads to reciprocal changes in appetite regulating hormones leptin and ghrelin that encourage consumption of calorie-dense foods.  As a weight management strategy, it is suggested that for healthy adults, 7 to 9 hours of sleep per night is optimal [16].