Post-Workout Nutrition: Is there An Anabolic Window?

Post-Workout Nutrition: Is there An Anabolic Window?

Origins of the “Anabolic Window” 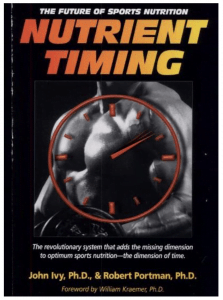 The “anabolic window” is commonly referred to as the short period following a workout whereby muscular adaptations are considered compromised if nutrients (i.e. carbohydrates and protein) are not ingested.  This theory was first brought to the mainstream by researchers John Ivy and Robert Portman.

Initiating the “faster is better” concept, Ivy and colleagues conducted a study in 1988 examining the effects of muscle glycogen synthesis following continuous cycling [3].  The authors exercised 12 male cyclists continuously for 70 minutes on a cycle ergometer at 68% VO2 max interspersing this with two, 2-minute bouts of higher intensity cycling at 88% VO2 max [3].  The subjects were fed a 25% (2g/kg) carbohydrate solution either immediately following exercise or 2 hours post-exercise [3].

The results of this study showed that glycogen synthesis was 3 times faster in the immediate consumption group compared to delayed intake [3].  At 4-hours post-exercise, glycogen synthesis was still approximately twice as fast in the immediate intake group than the delayed group [3].  As a result of these findings, Ivy and Portman suggested that immediate carbohydrate intake post-exercise was critical to replenish glycogen stores and maximise recovery [3, 4].

The same authors published a a book in 2004 called Nutrient Timing and in it provided guidelines that specific nutrients should be ingested within 45 minutes immediately post-exercise to prevent muscle breakdown and potential insulin resistance [4].

The book entitled Nutrient Timing (2004) by Ivy and Portman contains important limitations that should be considered when interpreting its recommendations for post-workout nutrient timing.  The following limitations include: 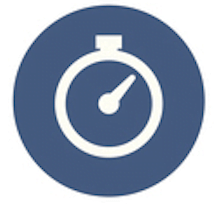 Traditional recommendation for post-workout nutrition timing is to consume protein, or carbohydrates, or a mixture of both to elevate insulin and create a positive net protein balance [1].  However, sufficient and consistent evidence indicates that once insulin has been elevated to peak levels, its effects will continue for several hours beyond consumption {2, 10].

Moreover, the literature shows that insulin elevation will max out net muscle protein balance (protein synthesis minus protein breakdown) at 15-30 mU/L, which is approximately 3-4 times normal insulin levels [12].  A study by Power and colleagues (2009) showed that 45 grams of whey protein takes about 40 minutes to peak blood amino acids and keeps net muscle protein balance elevated at 15-30 mU/L for approximately two hours following [10].  In other words, attempting to increase insulin levels through ingestion of more protein or carbohydrates post-workout will not elevate levels beyond this limit.

If protein alone, or mixture of protein and carbohydrates can spike insulin levels and maintain net muscle protein balance for hours after consumption, it challenges the question whether the traditional recommendation of immediate post-workout nutrition is even necessary.

Given a circumstance where an individual has consumed nutrients an hour or two prior to training, blood amino acid levels would remain elevated far beyond a typical 1-hour gym session, therefore making immediate post-workout nutrition completely redundant [1].  In this scenario, a meal consumed 1-2 hours pre-workout would be more than sufficient to ensure recovery and positive protein balance following a workout [1].

Based on this “muscle full” effect, it would be appropriate, under circumstances where a training session is undertaken 3 hours, or more, after a meal, to consume protein or a mixture of protein and carbohydrates immediately post-exercise to maximise recovery and muscle growth [1].

Traditional recommendations for immediate post-workout nutrition to maximise recovery and muscle growth is far from supported by the literature.  Only under circumstances where exercise is performed under a fasted state or multiple bouts of exercise are performed within a day would immediate post-workout nutrient be required.  Given the findings, emphasis should be placed on the timing and composition of the pre-workout meal.

A pre-workout protein supplement (20g-40g) or mixed meal consumed approximately 1-3 hours prior to a training session is sufficient to raise blood amino acid levels for at least 3-6 post-exercise making immediate post-workout nutritional intake redundant.  As an evidence-based guideline, the duration between pre- and post-workout meals should be about 3-4 hours [1].  The consumption of a larger pre-workout mixed meal would theoretically extend this interval even further (i.e. 5-6 hours) [1].